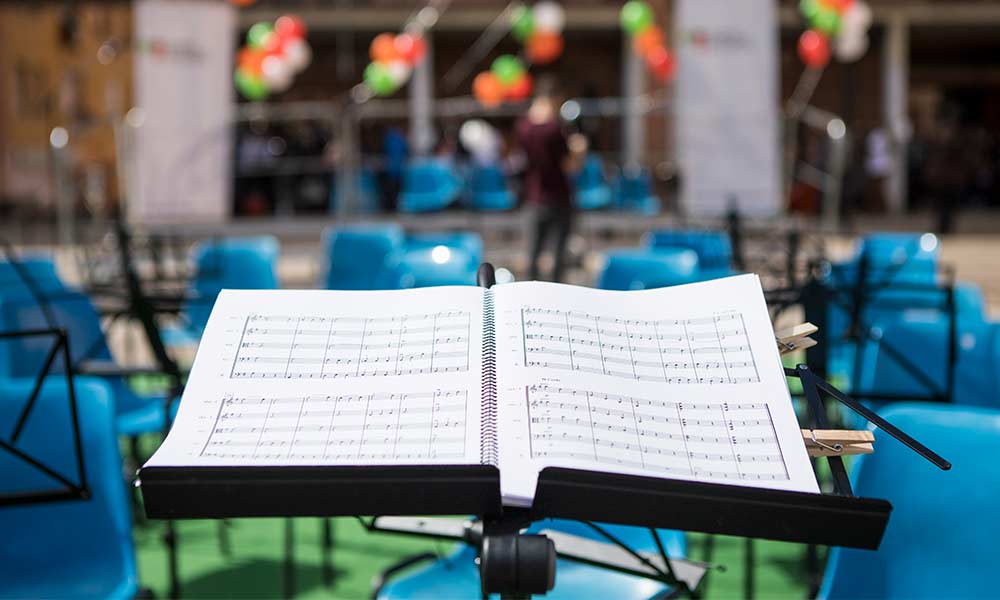 Maestro José Antonio Abreu founds the Sistema de Coros y Orquestas de Venezuela ("El Sistema") with the dream of "transforming adversity into hope". He achieves this by bringing the collective practice of music to the most impoverished villages and neighbourhoods of the country, forming orchestras and choirs, so that all children can develop the highest values of the human spirit.

Its mission expands around the world and inspires the creation of new socio-musical projects that share a dream: to transform the world through music. From these groups emerge some of the best artists and leaders of social change on the current scene, such as Maestro Gustavo Dudamel or the teacher and patron of Acción por la Música, Ron Davis Álvarez.

José Antonio Abreu receives the Prince of Asturias Award for the Arts, for changing "the lives of tens of thousands of children around the world".

After watching a documentary about "El Sistema", María Guerrero, a successful lawyer, and philanthropist from Madrid, decides to swap her law firm for a trip to Venezuela: "When I saw the documentary something happened inside me. I realised that music could transform people's lives. I felt I could give my life for that”.

After seeing the successes of "El Sistema" firsthand, she returns to Madrid with a dream: Acción por la Música is born.

María Guerrero enters the ranking of the Top 100 Women Leaders in Spain, in the Top 10 of the Third Sector.

Acción por la Música wins the "Emilio Castelar Award for the defence of freedoms and progress" in the category of social commitment.

More than 1000 children and young people have had the opportunity to dream in our choirs and orchestras. To date, they have shone on stages such as the Auditorio Nacional de Madrid, the Círculo de Bellas Artes, the Teatro Real, the Palacio de Moncloa, the gardens of the Royal Palace, the Prado Museum, and the television programme Got Talent, among others.